Eric’s mind awoke from his day rest, but his eyes remained closed as he assessed the surroundings, allowing his other senses to scan the room for danger.

It had been one of Godric’s first lessons over a millennium ago. His maker was thorough when it came to safety and their ancient and long lives bore testament to Godric’s wise teachings.

Eric had never fully recovered from Godric’s suicide on that accursed rooftop in Dallas.

He would forever bury the emotions for Godric in an untouched place deep within his soul. It had been the greatest loss of his immortal life. But now was not the time to reminisce of the sacred and unconditional love he held for his maker that led to the pain and anguish he now constantly carried.
Something was not right. His senses told him that much. He had gone to ground in his favorite safe house in Shreveport; in his personal bed chamber that was lined with three foot steel walls and a state of the art security system that the best companies in the world had installed before being glamoured to forget about.

However, that was not where he found himself after twilight on the fateful night this story begins…

He would soon learn of the sinister situation he was thrust into, leaving far behind his comfortable, cozy life back in Shreveport.

Eric knew he was alone, but it did not diminish the confused and defensive streak of anger that ran through his bones as he lay motionless, unbalanced, and cautious of an unseen danger. He had been moved in his day rest, by what or who he knew not. He only knew that he was and had been undeniably and completely vulnerable.

It was the worst nightmare of any vampire. One as ancient as Eric was almost impossible to defeat any other way except during his day rest; when he was as helpless as a newborn human.

A fleeting thought passed through his mind that perhaps he was in Valhalla or even the Otherworld that Godric had once spoken of, an after life that his maker had once believed in from his human days in Gaul.

Eric parted his lips to taste the air. It was cold and stale and tasted of rank moisture that clung to his alabaster skin. He was in a cave he realized. He had spent enough time in caves over his long life to recognize the musty smell and taste of the air.

He was not in Valhalla or the legendary Otherworld. He was in a cave, laid out and completely vulnerable during his day rest in a cave. The world now bore 7 billion humans who were constantly trekking through and exploring every crevice of the world including caves. They were no longer the safe havens they had once been and the thought made him shudder with disgust at allowing himself to become so utterly helpless. If Godric were still alive he would be disappointed. But Eric had taken all precautions had he not? He spared no expense on his security systems and often slept in different safe houses to ensure his survival.

And yet here he was…

Eric’s eyes fluttered open, as wide as saucers as they darted around the muddy stone walls of the cave. He was lying on the damp, earthen ground he realized, and he was deep in a chamber far from the entrance.

He sat up and looked around. There were no tracks in the mud and no signs that any creature had ever dwelled within the cave for some time. There were no lingering scents except a few wild animals. Eric sniffed the air and recognized the scent of a mother bear and her cub from a decade ago and a male cave lion that had made the cave it’s lair about fifty years ago.

Cave lion? The thought gave Eric pause. He had only scented the animal once at a Roman gladiator game that had extended into the night shortly after his turning and at the time Godric had told him he had not seen one in the wild for many centuries. To his knowledge it was one of the last of its species to survive before they went extinct, despite the fact that modern scientists believed them extinct 2000 years ago. Still, that could not be right. The European lion no longer existed in the wild or zoos. It had been literally wiped from the face of the Earth, one of the many species to succumb to the encroaching spread of human hunting and civilization.

Eric slowly rose to his full towering height, ever cautious and suspicious as his vampire eyes moved to every dark spot for any lurking danger.

“What the fuck?” he growled.

There was nothing but an old musty cave.

A crippling pain brought Eric down to his knees as he hunched over clutching his stomach. He was starving. Just how long had he been incapacitated in the cave? He could easily go three weeks without feeding and he had gone even longer in a pinch. His age ensured that he did not need to drink as much though he still craved blood nightly. He calculated it had been well over two weeks since he fed, probably closer to three.

He searched his mind for anything out of the ordinary before he had gone to rest. There was nothing. It was a perfectly normal dawn. His eyes widened as he searched his bonds and realized he no longer felt his childe Pamela. He was utterly and completely alone for the first time in his life and it was nearly enough to make him vomit up precious blood that he needed to conserve. There had always been someone, usually more than one humming through his mind. There was Godric for most of his life, then Pamela, and finally Willa as well as a few humans he was connected to, such as Sookie Stackhouse.

The weight of the loneliness was crippling and doubled the gravity of the bizarre situation he was in. He felt a cool liquid on his face and reached up and wiped at it. Looking at his fingers he was surprised to see the blood tears. He was shocked at how much his new solitary existence truly affected him.

Still clutching his stomach with one hand, he reached up again and wiped the rest of the tears away with the back of his other hand. He sniffed heavily before standing back up, determined to get to the bottom of what the hell was going on.

2 thoughts on “The Thief Who Stole Me” 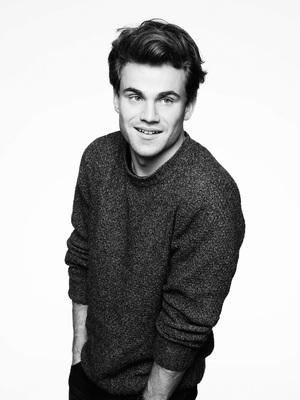