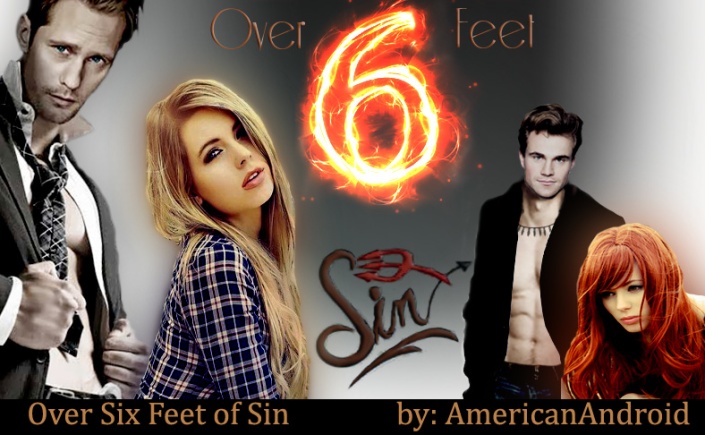 Godric had been staying with Eric in his penthouse for several years now. He had taken it upon himself to try and correct some of the mistakes he had made over the centuries with his child. He wanted to teach Eric the truths that he had only just begun to realize. His progeny was a challenge though. Eric had always been stubborn and prone to his own ways even before he was turned all those years ago.

Godric waited patiently for Eric in their usual place on the roof of the upper class apartment building for their weekly session. It was a nice place to hold their meetings because it was peaceful under the moon and stars. The roof was not accessible by anyone except the penthouse residents so it ensured they were not interrupted.

Godric sat cross-legged on the large fur that they always spread out for their meditation. After meditating Godric would begin his lesson. The ancient vampire sat with his chin up and eyes closed, deep in thought, when he heard the Viking approaching from behind.

Eric kneeled on one knee and bowed his head. “Godric,” he said in greeting.

Opening his eyes and acknowledging his progeny, “My child. Sit.”

After a short meditation, the two vampires stared at each other for a very long time. Out of respect, Eric always waited for Godric to speak first, but his maker was studying his child’s face and prodding the bond he shared with Eric.

“There has been a change in you over the last week my child.”

Eric shifted uncomfortably. “The human Sookie Stackhouse has me… unnerved.”

“Perhaps she has stirred something within you,” Godric suggested.

“I do not like feeling this way. I can not seem to get her out of my mind.”

“You wish to discover more about the human?”

“This is a glorious moment my child.” Godric said smiling softly.

Eric narrowed his eyes angrily. “Why?”

“Humans can not control their feelings as we can. But sometimes it is healthy for us to let go. Maybe Sookie can help you with this.”

“You have always taught me that emotions are weakness. I can not change.” Eric ran a hand through his blond hair and looked away.

“Ah and how wrong I was. Emotions can be a strength. They give us something to live for, something to fight for, and something to die for. In the end this is all one can hope for.”

Eric hissed. “I can not love a human. They could die in the blink of an eye. Their lives are too short and they are too fragile.” Eric knew Sookie would age and die. Then where would he be?

“That is why we are given the gift of being a maker. So we do not have to watch those that we love grow old and die.”

“You of all people Godric? You preach of making new vampires when you deplore our kind so strongly?”

“I do not deplore our kind. I deplore the way in which we shape and mold our progenies to be savage. We are in a new era now. I believe we can adapt and instill new values in those under our charge. We do not have to become monsters Eric.”

Eric nodded understanding Godric’s point. For as long as vampires have existed, one of the first lessons every maker taught their child was survival. Kill or be killed. The hunt brought forth the baser instincts in the vampire, and humans being food were a part of that. Things were definitely different now.

“Do you love her?” Godric’s question startled the Viking.

“I’m not sure I even know what love is. Am I intrigued by her? Yes. Do I long to be in her presence? Most assuredly. Do I feel the need to possess her in every way? Absolutely.”

Godric lips turned upward in a shit-eating grin that reminded Eric just where he learned most of his mannerisms. His maker had not always been so serious and calm. He remembers a time when Godric had taught him all he knew about pursuing women in the most unrepentant and brazen ways. But his maker had been on a spiritual journey that he insisted on taking Eric on for some time now. Godric had not allowed himself the pleasures of women for so long and he wondered how he abstained. Vampire sexual instincts were insatiable and ravenous.

He decided to turn the tables on the other vampire. “And you? I saw the way you looked at her friend.”

His maker’s grin faded but his lips quivered from some pleasurable emotion that played beneath the surface. “The girl is a stormy whirlwind of emotion.”

“And you find that attractive?” Eric couldn’t help but feel joy at the sight of his usually saddened maker. Eric thought that perhaps this was the chance he had hoped for. His maker could find love and the will to live a longer life.

“I do.” Godric’s eyes twinkled in the moonlight. “But that is enough talk about me, my child. Perhaps it would be prudent for you to pursue Sookie Stackhouse and get to know her better. You must find out what sort of feelings she stirs in you.”

A plan began forming in Eric’s mind that would not only benefit him but would also benefit Godric.

Sookie was vegging out on the couch watching a rerun of The Walking Dead and sipping a glass of ice tea.

She felt pretty much recovered from her drug induced state. She still couldn’t believe that it had happened to her. Despite the frightening prospect of what could have been, Christopher and Brandy spent most of the day teasing her about it. She knew they were trying to lighten the situation.

But they all knew the seriousness of what could have happened if the bartender had not noticed Bill Compton slipping her the drug. She could have been raped or fed on, even killed.

She knew she could not be glamoured. It was part of her little quirk along with her telepathy. Christopher and Brandy were the only two friends she had. They were the only people who accepted her for what she was, despite the fact she sometimes accidentally gleaned their thoughts.

There was a knock at the door, and she jumped because there was a particularly scary scene happening on the TV show.

“I’ll get it,” she called out to no one in particular.

She looked through the peep hole and saw a delivery man standing on the other side with a package.

Opening the door she said, “Yes?” She figured perhaps there was a delivery for Christopher or Brandy. She never got packages sent to her and she had not ordered anything.

“I have a delivery for a Miss Stackhouse.”

She walked to the breakfast nook with a white box wondering who in the world would send her a package.

“Who was it?” Brandy said walking into the room.

“Someone sent me a package.”

“Well open it. Let’s see what it is,” she said with a huge smile.

As soon as Sookie opened the lid, her nostrils were hit with a fruity smell. “What the…” She pulled out a fancy tied bow that seemed to be made of a long strip of some sort of delicious looking red taffy. “That’s weird.” There was a tag hanging off it that read in fancy script, ‘Stelan & Solveig Sweedish Candy Shoppe’

“There’s a card,” Brandy said pointing in the box.

Sookie reached in, retrieved the white card, and opened it carefully. She saw the most beautiful handwriting.

“Well read it out loud!” Brandy said. Always the nosy one she was.

I have heard that these particular candy makers are the best in the world. Apparently their Berry Taffy is sinful. There is precisely six feet and four inches of it for your delectable mouth to savor and relish. Enjoy my gift as you take pleasure in each and every inch.

Accompany myself and Godric tomorrow for an evening of dining and dance. My driver will pick you and your friend Brandy up at 8:00 pm.
I will give your purse back to you tomorrow. I will hold it hostage within my possession until then.

Sookie put the note down and realized she had been holding her breath for several seconds. She looked at Brandy and was surprised to see her face was flushed over as well. Then they both started screaming in excitement like a couple of school girls.

A/N: Godric takes your hand and kisses the back. “Such a lovely creature you are.”
He looks up at you through his penetrating eyes. “Your review changed my entire view of the world.”

Beta for "Over Six Feet of Sin"